I have a treat for you today – a guest! Join me in welcoming the lovely and talented Katherine Wyvern, with her latest release: In the Eye of the Wind.

Hello and thank you for hosting me and my pirate story today! This was such a wonderful book for me to write! It came about by chance when I was drawing an elf, messed up his left eye, and ended up with a one-eyed pirate instead.

I have been afloat on imaginary seas with many favorite authors of mine from Melville, to Conrad, to Patrick O’Brian and Björn Larsson all of my life, so I pounced on the chance of writing a pirate story!

The original idea, as much as I had an idea at all, was to keep it light and fun (and short… most of all short). I wrote a bunch of dialogues very much at random in the first day, all of them full of banter, innuendoes and bratty jokes and I thought that I would keep the story on that note. But I didn’t have a plot, and I still missed one of the main characters, and I had only the vaguest idea of what universe the story could be set in. For a brief while I even considered making it a bit of tongue-in-cheek Tolkien fan fiction. But then the muse spoke, and suggested such a dark twist to the main character, Rikko’, that it became clear that the story needed to grow and to have deeper layers.

And it began to fit very well into the fantasy universe where my older novel Spellbreakers was set, and to connect rather neatly with that story, although it’s not really a sequel to it, and it can be read as a standalone. I hope you find my pirate as irresistible as I did! 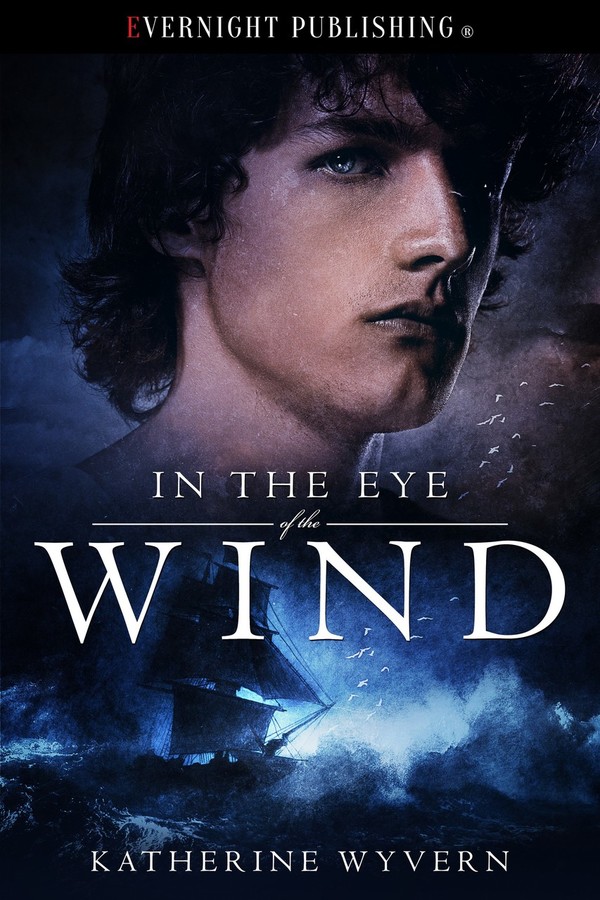 Born in the northern wastes of Kaleva in the middle of a devastating war between light and darkness, Rikko’ has found his way south to the warm shores of the Circled Sea, the first elver to ever turn pirate.

Forbidden by the rules of the Andalouan court to pursue such an ungentlemanly career, Gael can only dream of ever becoming a doctor, and his medical studies remain unfinished until his aunt the Queen sends him on a covert mission to the pirate city of Beyas’kahl.

And here, after one night with Rikko’, all his loyalties are put to the test.

Queen Amata has reigned for three decades, and she always used her men cunningly. But even the best player can miscalculate, and her blunder places Gael first in slavery, then in a naval battle, and finally, worst of all, face to face with Rikko’s darkest and deadliest side.

From such darkness, is there any coming back? Is there any hope of love for Gael, or redemption for Rikko’? 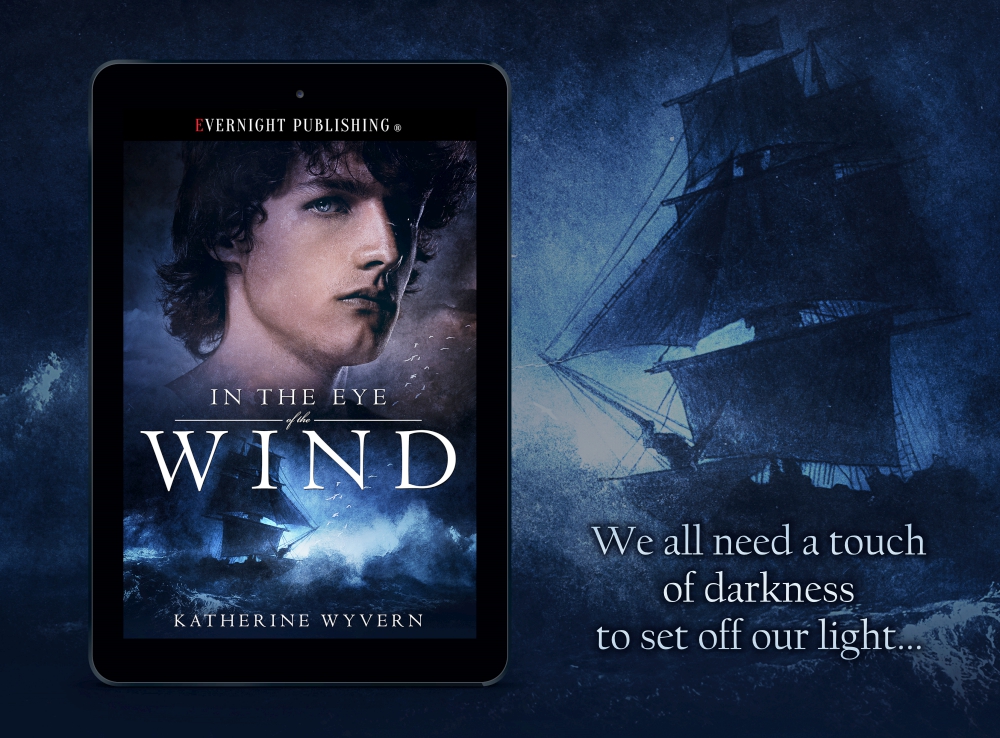 “Come, Puna, sweetie,” he said, plucking the lemur off Gael’s shoulder with one hand. He placed her on his chest of drawers, on a pile of freshly laundered clothes, her favorite bedding in the world, after himself. She grumbled a little but soon settled down. “And as for you, my boy, you come here to me,” he whispered, drawing Gael to the edge of his bed, where they both tumbled down together, kissing.

Gael was still frantically pecking at him, with those tight-lipped clueless kisses that drove Rikko’ to distraction. He let himself be kissed like that for some minutes—it was so ridiculously lovable.

Ah, it is a pity to teach him anything, he thought. I wish I could keep him like this forever. He knows nothing, except that he has this need…

But you can’t have your cake and eat it, I suppose.

“Wait, sweet, wait,” he whispered finally, and laid Gael on his back, pinning his body down with his folded leg as he lay beside him, and took his cheek in his palm. He put his mouth to Gael’s mouth, and gently, slowly, savoring every minute instant of it, he ran the tip of his tongue along the seam of those tightly closed lips, lightly at first, then harder, until the lips finally parted, like two halves of a plum, and Gael gasped in surprise and then lust. His body arched in desire when Rikko’s tongue met his, and he groaned with hunger, welcoming the new intimacy of that tongue-to-tongue kiss with an adoring fierceness that had Rikko’ near to tears with emotion. He groaned again, hugging Rikko’ closer, sinking his fingers in his hair, touching his face and neck and ears, pursuing his mouth when Rikko’ pulled back to breathe, licking Rikko’s lips.

Rikko’ had never met any grown man (Gael was young, sure, but not a child—Rikko’ despised child lovers, and never, ever went close to the little creatures himself) both so inexperienced, so shy, and yet so wholeheartedly passionate. It was enchanting, and utterly enflaming. He laughed softly and pulled back from the kisses. This was just too much. He could not wait any longer. He needed to touch this boy properly all over; he had to have his cock in his mouth, and maybe, if Gael was so inclined, inside that beautiful, taut little butt.

“Too many clothes,” he said, in Gael’s ear. He kicked off his flip-flops, and realized, with a bit of a shock, that he was still wearing his dagger, stuck in his sash, and his sword belt. He had forgotten all about them. He crossed the room to lay both weapons on his chest of drawers and untied his sash, and felt Gael’s hands on his hips.

“C—can I? Sir? Please?” whispered the boy, and Rikko’ smiled as Gael, with almost religious awe, unwound the length of silk from around his waist and hips and let it fall to the floor around his feet.

Rikko’ stepped out of the puddled folds and murmured, “You too.”

He finished undressing in a few seconds. He never wore a lot. It just got in the way.

Gael took off his clothes, and Rikko’ watched him from the bed, waiting. Under those strangely unattractive breeches and shirt, he was every bit as delicious as Rikko’ had always known he would be, not particularly muscular, but sleek and quick, and just a little awkward, like a young animal, full-grown but still uncertain of his body.

Rikko’ pulled him close, pressing that lithe soft form against his own, and their cocks met halfway, both hard and quite ready, so that they had to be pulled up against their bellies for them to embrace. Rikko’ smiled and palmed Gael’s butt, and kissed him, deep and long, and then put a hand between them and took the boy’s member in his fingers just for a bit of a feel, a bit of foreplay.

He tugged at the lovely taut cock once.

Gael gave a sort of astonished yelp, tensed all over, and then moaned wildly against Rikko’s shoulder, oh, oh, ooh, and suddenly Rikko’ found himself awash in hot, splashing, dripping jets of sperm, all down his belly, lap, and leg, a veritable, goddamn, bleeding flood of it.

He let go, dumbfounded, and then burst into laughter.

“Wh—well, I’ll be … what the…” he began, but, really, he could only laugh. I just barely touched him!

“Oh gods, oh gods, oh gods,” said Gael, absolutely frantic, “oh gods, sir, I am so sorry!” He jumped out of bed, fumbling around. “I’ll find my handkerchief, sir, I’ll mop it up this minute…”

Rikko’ laughed even harder and stretched out to pull him back in bed.

I have entered that age when looking at beautiful male models in their prime makes me a cougar, ahem.

Almost all my heroines are short: that’s because I look at the world from hobbit level. Being so small I am three times more concentrated (read: obsessive) than anybody I know. I am exhaustingly creative in writing, arts, crafts… Sometimes my brain gets friction burns from hurtling at such speed from one universe to the next.

I love animals, plants, and occasionally even people.

Like the Highlander I come from a lot of different places. I was born in Italy but lived here and there and consider myself simply and deeply European. I love Europe passionately, its antiquity, its diversity, its quirkiness. All my books are set in Europe, or alternate versions of it.

I have been writing since I can remember.