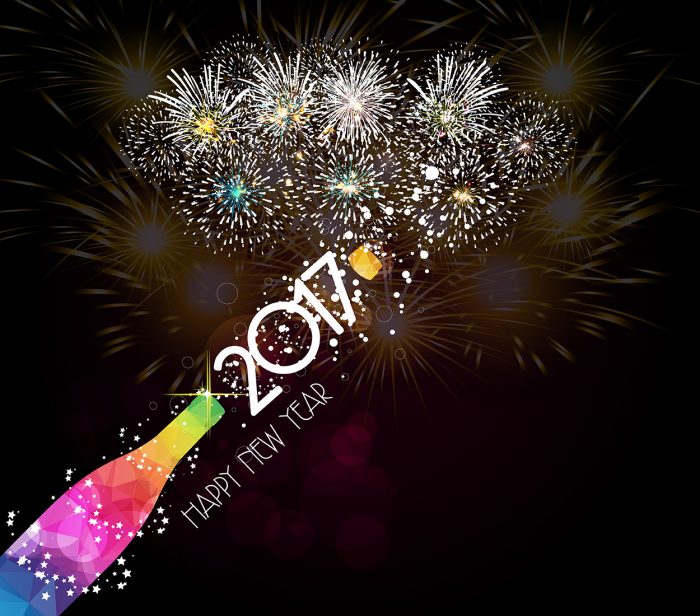 But it’s a brand new year! And despite the über-negativity dripping from my last blog post, I want to start 2017 off with a bright and positive attitude. So this won’t be one of those here’s a list of all the things that sucked in 2016 posts. We’re all aware. We lived it. Besides, there are already plenty of those out there, if that’s your jam.

I got to attend my first-ever RT Booklovers Convention in Las Vegas in 2016. I met dozens of incredible authors (and may have fan-girled a time or two; sorry Damon Suede, Amy Lane and Eli Easton), pitched to an agent, and won $1,400 playing slots. Not too shabby, eh?

This fall, the first (and hopefully, annual) Evernight Publishing Writers’ Retreat was held in beautiful Niagara on the Lake. It was such a delight to put so many faces with names I’d been virtually interacting with for months (some for years.) I’d be lying if I said that thousands upon thousands of words were created that weekend. But, come on… we were in wine country for gawdsakes!

While I didn’t manage to have as many new releases as I might have liked in 2016. I did accomplish a couple of incredibly exciting firsts.

My most recent Evernight Publishing release (Parker’s Profile) was translated into not one, but TWO foreign languages: German and French. How cool is that?!

Me and the Muse Publishing released Parkers Profil Sept. 30 and this happened on Amazon Germany a few days later: 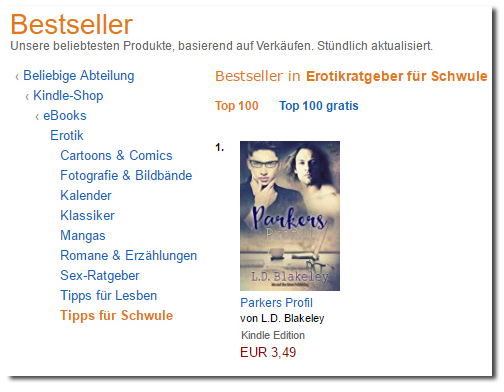 And as I casually scrolled through my phone Christmas eve, I noticed that this (←) had happened on Amazon Canada:

What an amazing Christmas gift from my French Canadian readers – thank you!

Oh, did I mention that the cover art for this version was created by yours truly? I’m not even going to feign modesty, I’m damn pleased with how it turned out.

In December of this year, I dipped my toes into the self-publishing pool with a sexy little May/December romance called The Power of Peppermint that has turned out to be my best seller to date. (That’s another one of my own covers, incidentally.) I love my two main characters, Noah and Jamison, and foresee some Valentine’s Day shenanigans in their future. I think I may need to check in on them from time to time just see how things are going. So stay tuned…

If you haven’t already, and you’re still feeling the holiday spirit, I invite you to check it out. Author A.M. Leibowitz called it, “funny, smart, and steamy enough to melt a whole box of candy canes.” Which is my favourite description of any Christmas book, ever, by the way.

In the meantime, I’ve got roughly a half dozen WIPs on the go (that’s not counting rough ideas and outlines, either.) With l̶u̶c̶k̶  scheduling and tenacity, I hope to finish them all and have release dates that all fall within this shiny, new calendar year.

Here’s to a successful and prosperous 2017! 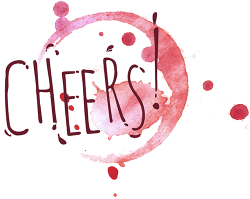