I can’t believe I haven’t managed a blog post, yet, about the release of my first (yes, FIRST) work of fiction: Best Worst Ever.

Skyler Wood has been dumped — again — just days before the holiday season, leaving him with an ex-fiancée, a nonrefundable New Year’s Eve getaway rental, and nothing to ring in the New Year but a broken heart. For Carey, rushing off to offer Sky a shoulder will either be the best decision he’s ever made — or it will lead to the worst heartbreak he’s ever experienced.

I’m not going to lie – it’s all been incredibly exciting and just a little bit overwhelming.  For someone who’s been writing for years to finally bite the bullet and throw out some fiction has been a nerve-wracking experience, to say the least. But I had a blast spending time with Carey & Sky (not to mention a few other characters who’ve been poking at me to let them tell their own story) and I  hope you enjoy spending a bit of time with them as well.

Thanks to everyone who’s been buying, reading, and passing along the lovely comments – it really means a lot. For those of you interested, you can grab a copy directly from Dreamspinner Press, your local Amazon, or All Romance. 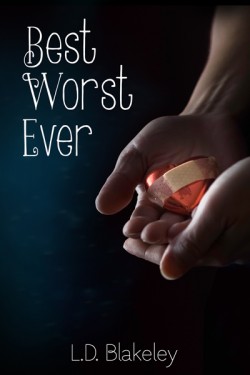