I’ve got a sexy sci-fi release for you today from the ravishing Ravenna Tate. Exclusive Access, the fourth in her futuristic series, The Weathermen, is now available from Evernight Publishing and from fine eBook retailers everywhere! 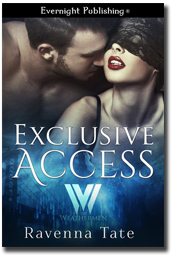 Reporter Julianne Wallis hasn’t stopped thinking about Kane Bannerman since she seduced him to get a story five years ago. Now she’s back for a second story, but this time she wants more than sex from Kane. She wants the secret he is hiding.

Kane is part of a group of friends financing the efforts to put a stop to The Madeline Project. The program now has a mind of its own, thanks to a virus called Tommy Twister. These men have power, resources, and money, but they’re as ruthless and possessive as the storms ravaging Earth.

Kane teased her pussy lips with feathery touches from both his fingers and his tongue until she was out of her mind with need. She writhed on the bed and whimpered, but he didn’t do so much as spread her pussy lips or touch her clit. She couldn’t take it any longer. “Please, Kane. Please!”

He lifted his head and grinned, and she let out a cry of frustration. “Please, what? Tell me what you want, Julianne.”

“Oh my God, seriously? Fuck me. Lick me. Suck me. Shove your fingers inside me. Anything!”

“What will you give me in return?”

“What?” She was hallucinating. That was the only logical explanation. Was the man even human?

“I asked what you’ll give me in return. I’ve given you two stories, and you’re naked with your wrists tied together. What do I get out of this?”

“A naked woman tied up in your bed.”

He shook his head. “Not good enough. If I do what you want, what will you do for me?”

She narrowed her eyes as shivers ran up and down her spine. Decadent images raced through her mind. Exactly how kinky was Kane Bannerman? “What do you want?”

He brushed a hand up one thigh and down the other, and Julianne couldn’t stop the moan in time. The smug grin he gave her should have angered her, but all it did was fuel her excitement. “Are you sure you want to know?”

“Yes!” He was torturing her with the mere promise of sex.

Kane flipped her onto her stomach before she could do more than let out a breath. He caressed her ass cheeks, and then he smacked each one, hard. “This is what I want. You, over my knee, taking a good, old-fashioned spanking because you are such a damn brat, Julianne. When my hand gets tired, I have a paddle to use on your lovely round ass.”

He covered her body with his and turned her face sideways toward his. She had to struggle to take a full breath because she was so aroused she could barely think. His beautiful eyes blazed with desire. “After I spank you and paddle you hard enough to thoroughly punish you for what you’ve done to me, I will fuck you. I will fuck you hard and rough. I will fuck your pussy, your delectable mouth, and your very pretty ass.”

Kane kissed her, shoving his tongue into her mouth, but just as quickly released it, leaving her wanting so much more. “That’s what I want. Your move, gorgeous.” 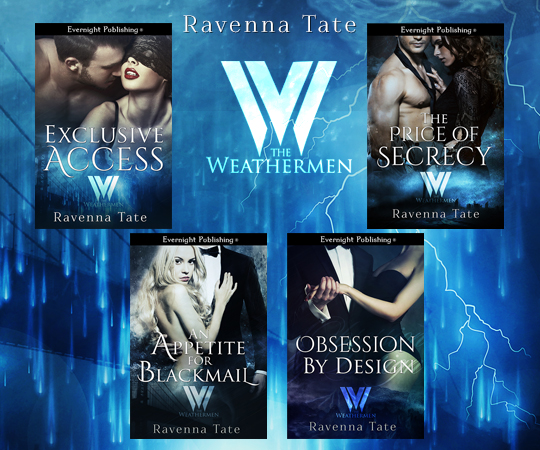