Join me in welcoming the lovely Ravenna Tate to the blog! Her newest release, One Naughty Fantasy, features characters from her Romance on the Go™ title, Snowbound… and it promises to be a steamy one! 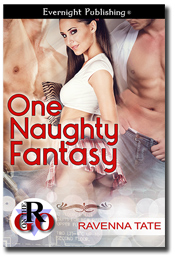 Nina Santangeles has decided to give her lovers, Cameron Easton and Alex Gable, their ultimate fantasy. Dressed in a red plaid skirt, cotton blouse, bobby socks, and saddle shoes, she surprises them during a presentation they’re giving for architecture and design students at a university lecture hall, causing quite a stir.

When her men take her back to their hotel suite with the intention of punishing her for the naughty behavior as part of their role play fantasy, how far will she let them go?

They each held one of her hands in the hallway. Alex barely closed and locked the door to their hotel suite behind them before he lunged for her, covering her mouth in a hot kiss that surprised her. Her men were always on fire for her, but this was different. Their reaction was off the charts hot, and she had to assume it was the role playing.

She raked her hands over his back and tight ass, moaning into his open mouth. Pushing her hips against him, she wasn’t surprised to find his erection rock-hard. Behind her, Cameron reached under her skirt and grabbed her ass, groaning. Alex’s mouth released hers, and he nipped at her neck.

Nina started to unzip her skirt, but Cameron stopped her. “No. Leave it on, but take off the panties.”

Alex let go of her long enough to allow Nina to remove her panties and step out of them. Cameron took them from her, and she glanced over her shoulder to watch him bring them to his nose. It was so damn sexy she couldn’t stop the moan.

Nina turned her attention back to Alex and removed his tie, then unbuttoned his shirt. She peeled it off to reveal broad shoulders and fine dark hairs dusting his muscled chest. She loved their bodies. Both men were so damn gorgeous she could never get enough of them. “You work out, Mr. Gable.”

“We both do,” said Cameron.

She ran her teeth over Alex’s nipples as she reached for his pants, unfastening the button above the zipper.

Behind her, Cameron grabbed her ass again. “Oh Christ … Nina …”

“Tell me what you both want,” she said, lifting her gaze to Alex’s eyes.

Alex swallowed hard. “I want to fuck you. Fuck you fucking silly.”

Cameron reached around and grasped her breasts through the cotton top. “I want to fill each of your holes, baby, all night long.” He let go of her breasts and smacked her ass, hard. Nina moaned. “I want to spank you for being such a bad girl. You interrupted a very important presentation for us, you know.”

He smacked her ass cheeks again, and she nearly came. “I know I did.”

“Now we need to punish you for it, and we need to fuck you hard for it.”

She giggled, tossing her hair. “Oh, you can fuck me, but I’m not so sure about the spanking part.” She had to pretend to protest something, after all. That had been part of their fantasy, but it was very difficult to get into the role now that she was alone in a beautiful hotel suite with them.

Alex turned her around so fast she nearly fell. He enveloped her in a bear hug from behind that was more sweet than lustful. “You’re so fucking beautiful.”

Nina rubbed her ass against Alex’s erection, aching for his dick to fill her, as he nuzzled her neck. “I like you, too, Alex. I like both of you. Let’s get these clothes off you two and see what you have in your pants.”

“In a minute.” Alex nibbled at her neck and reached under her blouse to unhook her bra. Cameron helped him ease the straps off her shoulders under the fabric, and then Alex tossed the bra on the floor. He grasped her breasts, and Nina moaned loudly.

“Oh God, I love your tits.” Alex’s breath was warm in her ear, and the sensation of his hands on her breasts and his erection rubbing against her ass nearly brought her to orgasm.

Cameron shoved his hand under her skirt and rubbed her clit with his expert fingers, then pushed one inside her pussy. She was so damn wet they wouldn’t need lube. “I love wet pussies.”

Nina closed her eyes and absorbed the sensations of Alex kneading her breasts, his thumbs playing with her nipples, while Cameron finger-fucked her and rubbed her clit with his thumb. Her climax was so close it was ridiculous. 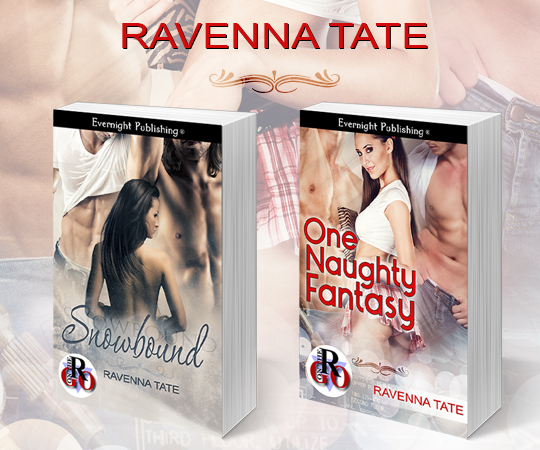