That’s right! My latest release, Parker’s Profile is now available from Evernight Publishing (not to mention Amazon and other fine online book retailers everywhere.) An added bonus? Evernight is offering it at a discount for a limited time, so if you’re planning to buy a copy, grab yours there and save $1.

Oh, and as an added bonus, I’m going to have a little GIVEAWAY: Leave a comment in the message section below and your name will go into a draw for an eBook copy of any of my titles, as well as a $20 Amazon Gift Card. Upon my return from RT 2016, I’ll draw two random winners as close as humanly possible to April 19. 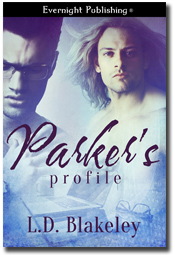