Gale Stanley has a scorching new addition to her Scenes from the Underground series that you are not going to want to miss. Check out The Stableboy – available now from Evernight Publishing!

The Stableboy (Scenes from the Underground #3) by Gale Stanley 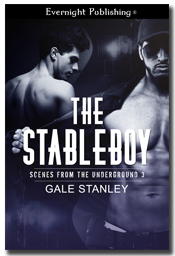 Perry thought he hit rock bottom when he went from reality TV star to prison inmate. Then the warden gave him a choice—stay in prison or be part of a new rehabilitation program. It was an easy choice, but nothing comes easy, and Perry soon learns the truth.

Meathead put his hand over mine to steady it and gave me a refill. “You’re supposed to sip it.”

“Right.” I took a little sip and narrowed my eyes at him. “I thought you were a health freak.”

He grinned at me. “I’ll cop to the freak part.”

I grinned back. Chalk one up for the cop. He actually made me smile.

“Yes, master.” Holding my wine carefully, I climbed into the tub and slid under the hot water. I couldn’t remember the last time I had a bath. It felt like the height of luxury. I didn’t know how to deal with it, so I resorted to sarcasm. “If you’re trying to seduce me, you should have lit candles. Maybe some music—”

“Cut out the bullshit.”

“Yes, sir.” I did my little mouth zip pantomime.

Meathead started to take his clothes off.

Hah! Liar, liar, pants on fire. You do want to fuck me.

Suddenly, my nerves kicked in. I had a busy day. What if I couldn’t perform?

I was already on Wright’s shit list. I didn’t need another bad report card.

My fear lessened as Meathead revealed more of his body. He was incredibly hot. Almost too handsome, he took my breath away. I wanted to lick the sexy smattering of dark hair between his chiseled pecs. When he pulled his boxers down, a fat cut cock sprung out from his neatly trimmed bush. I tried not to stare. He didn’t need the ego trip. Still, nothing beat the sight of a long, stiff cock. Knowing it was hard for me made it even better. He might not respect me but he couldn’t deny he wanted me. 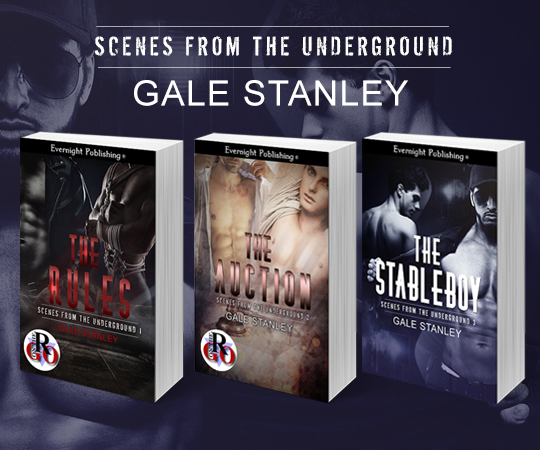 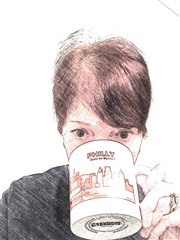 2 thoughts on “#NewRelease: The Stableboy by Gale Stanley #MMRomance”