Thanks so much for having me on your blog today with my newest release His Prize. I fell hopelessly in love with all of The Cleaners when I was writing Ren and Susie’s story, and I hope readers will too. His Prize was, in fact, my first attempt at writing dark romance and I enjoyed it so much that the series was born. All of The Cleaners will find and claim their ladies in future books, so look out for them. J

Now without further ado, I give you Ren and Susie. Enjoy! 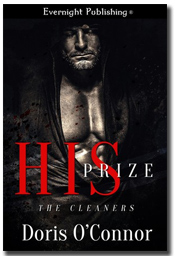 It’s the choice of her life—submit or die.

When Susie Elliot stumbles into the middle of a clean-up, undertaken by none other than Ellis Reynolds, she expects her life to be over. No one disturbs this ruthlessly efficient killer and lives to tell the tale.

The man they call Ren has no time for tender feelings, but there is something about the curvaceous redhead that calls to him. Rather than killing her he claims her as his prize. One night should be more than enough time to get her out of his system. However, Susie’s submission means Ren has to confront emotions, completely alien to him. Killing is easy. This relationship thing is fraught with problems.

When his criminal activities catch up with him, loyalties are tested to the max, and Susie has another choice to make—walk away, or stay and accept the darkness within.

“Problem, Sir?” she asked and did her best to glare at him. “You mean apart from being kept a prisoner by you?”

Her frown deepened when Ren swung his head back and laughed.

“Yes, apart from that small detail. And watch the sass. You’re not in a position to exhibit any. I still owe you a punishment as it stands. I’m referring to the loan sharks, for starters.”

He paused to assess her reaction, and when she simply stared at him, seemingly lost for words, he smirked.

“They won’t bother you again, as I’ve pointed out the error of their ways of collecting on our territory. Once they realized you were a Huntly girl, they couldn’t have been more cooperative. Shame, really, I’d have enjoyed killing them…”

A strangled groan escaped her at his words, and he drank in her sudden fear.

“Which leaves your punishment.”

Her eyes widened when he walked over to the rack where he kept his assortment of impact play toys. Running his fingers slowly along them he kept an eye on her expression. The whip made her tense, whereas the flogger made her breathing speed up in seeming anticipation. The cane elicited a similar reaction to the whip, whereas the paddles didn’t seem to faze her at all. In the end he settled for one of his personal favorites. He knew he made the right decision when she didn’t seem capable of tearing her eyes away from the riding crop. She jumped when he slapped it into his open hand, and shivers raced over her skin as he traced the end around her nipples. The little pink nubs firmed under the gentle pressure he used, and Susie gasped when he slapped the underside of each breasts with the end of the crop. Not hard enough to truly hurt her, just enough to leave a very satisfactory red mark behind. Her sweet musk increased, and a quick glance between her open legs confirmed what Ren already knew. She was getting off on this.

Her ex had been most informative in the end. Then again, being strung up by one’s balls tended to make a man sing like a fucking canary. Ren knew all he needed to about this delightful young woman. A natural submissive, she’d thrived under the experienced Doms in the club, Ren, too, occasionally attended. She had been less responsive to Brian’s brand of sadism. Then again that wanker wouldn’t know what to do with true submission if it hit him in the ass and bit him. He’d only been interested in getting Suzie trained up, so that he could sell her on. When the redhead had realized his plans, she’d run. Straight to Huntly and ultimately Ren, which meant her delectable curves were now his for the taking.

He ran the tip of the crop lower, over the quivering flesh of her rounded belly, until he hit the juncture of her thighs. A groan escaped his girl when he teased the crop up and down either side of her slit, and her puffy lips swelled further as more blood rushed to the area. Her clit stood even more erect, and Suzie’s whole body stiffened when he ran lazy circles around that bundle of nerves. The chains clanked, her toes curled under, and her breaths came in short, staccato bursts. More of her sweet musk escaped her clenching hole and dribbled down into the cleft of her ass, as her body climbed toward release.

“I haven’t given you permission to come, pumpkin, remember that.”

Another one of those cock hardening groans was her response, and chuckling Ren increased the pressure he used, while Suzie bit her lips so hard she drew blood in her seeming effort to control her body. The fact that she did wasn’t lost on him. The girl’s submissive streak ran deep, and she had been well trained indeed to respond to his command so instinctively.

“Good girl, how close are you right now?”

Ren withdrew the crop after one long last swipe through her sodden slit, which left the leather soaked in her juices. Such a fucking turn-on.

When she didn’t answer him, he brought the crop down hard on her quivering clit.

Susie screamed and bucked against her restraints, and the fire in her passion glazed eyes when she glared at him made his balls ache anew. There she was, his little hell cat.

“I asked you a question, and I expect an answer, girl, otherwise, I shall leave you strapped up liked this all night, and in a chastity belt to boot, with both your holes plugged and no chance of any relief soon.”

Ren smirked at the way she frantically shook her head.

Tears streamed down Susie’s face, and Ren shook his head in wry amusement.

“How cute that you think this is an option here. Let’s get one thing straight, girl. You’re mine, and I’m going to do to you what I damn well please, and there isn’t a thing you can do to stop me.”

The words were brave, but there was no conviction behind them, and when Ren resumed the slow torture of her clit with the end of the crop, Suzie’s feminine mewls of need told him an entirely different story.

“So you say, but your body wants me anyway. Here, taste how wet you are for the man you profess to hate.”

Ren slowly brought the crop up her curves, leaving a wet trail of her arousal behind on her flawless skin, and it was a matter of moments to shove the crop past her lips.

A gasp was his reward, and Ren smiled.

“Lick it clean, and then tell me again how much you hate what I’m doing to you.” 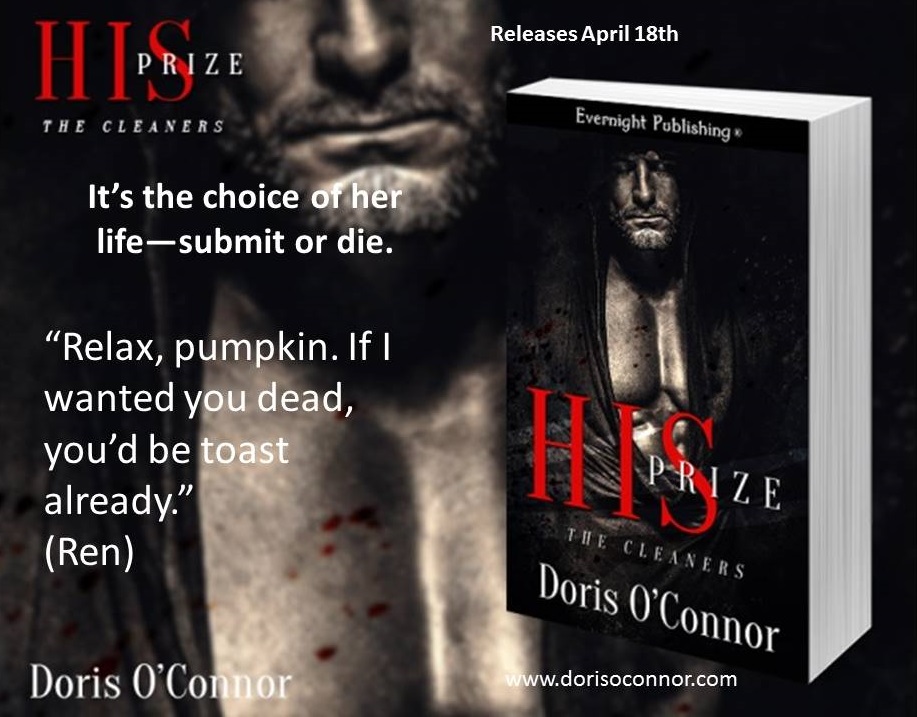 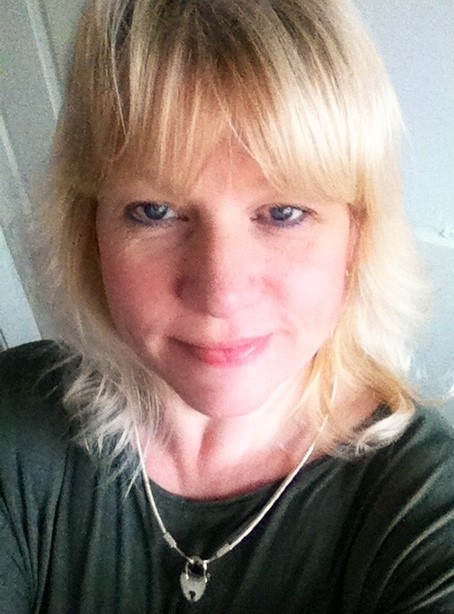