Today I have for you book #2 in Maia Dylan’s Retribution series. Their Chance at Redemption is available now from Evernight Publishing (and at eBook retailers everywhere!) Maia invites you to tweet her – @Maiadylanauthor – with any questions you might have and she’ll answer you asap. 🙂

Their Chance at Redemption (Retribution #2) by Maia Dylan 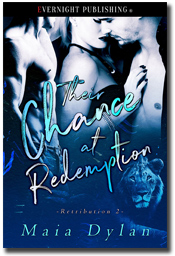 She was their greatest chance at redemption.  They were her greatest hope for survival.

Kieran Murphy knew that Josie Cadman was important to him from the moment he saved her from a mad man. The only thing stopping him from claiming her was the fact she wasn’t his mate.

Josie convinced herself that what she felt for Kieran was nothing more than hero worship. Hearing that he’d found what he was looking for, and it wasn’t her, made it painfully clear that no matter what her feelings, they simply weren’t reciprocated.

When she bumps into Liam McMurtrie, literally, Josie starts to believe that perhaps there might be an alternative option. It’s not until the three of them cross paths in the heat of another battle on the streets of Chicago, that their true fate is revealed.

Can the three of them deal with another mafia mad man hell bent on destroying their lives and still find their way to a future together? Or will they lose their chance at redemption? 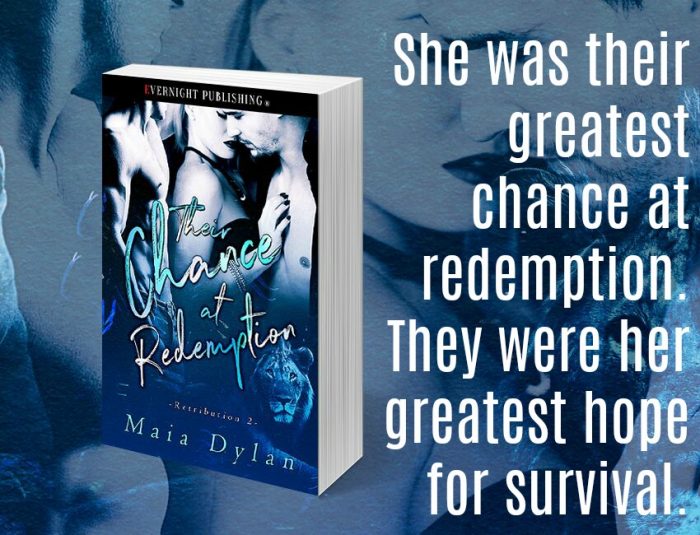 “Josie,” Violet said the name out of the blue, and immediately the image of the woman popped into his mind, her blonde pixie haircut giving her a look of sexy sass and, combined with her full lips and startling blue eyes, took his breath away.

“Aha!” Violet exclaimed excitedly, pointing a finger up at him accusingly. “This melancholy vibe you got going on has nothing to do with the challenges this city faces from Santiago’s douchebag replacement heading this way, and everything to do with Josie Cadman. I knew you had the hots for her, and I totally know she’s jonesing for you, so what’s the holdup? Let’s get to the mating, claiming, biting stage of your relationship so I can get me some female companionship around here. There is way too much—um, wait. What’s that look for?”

Kieran had winced when Violet had talked about mating and claiming Josie, and there was a very good damn reason for that. Josie was not his mate, at least not in the true shifter sense of the word. As soon as he had walked into that warehouse four months ago to face Santiago and help Violet rescue Josie, he had wanted Josie for his own. Everything within him screamed that she was theirs—hell, even his damn lion roared with the need to make her his. But the mating bond had not formed. Her scent, an alluring mix of honeysuckle and citrus, called to him for sure, but there was no connection within him that signaled that she was the one woman destined to be his. From what he had been told, there was no missing that when it happened. How could she be his if there was no bond?

“Fuck me sideways,” Violet said gently, stepping back with a look of pure horror on her face. “Forget everything I just said then about, you know the whole mating thing and the fact that Josie is jonesing for some lion loving, because that just might have been a breach of the damn sisterhood code. Nope, not ruining one of the only two female friendships I have, no siree! You just forget I said anything about it and—”

Kieran’s frustrated growl erupted, and Violet stopped rambling. The last thing he needed was for her to go running back to Josie and telling her that Kieran felt nothing for her. “Christ, woman, would you let a man get a word in? Josie is a beautiful, amazing, strong woman that any man would be proud to call his. I would have to be dead from the fucking waist down not to feel anything for her, and she would have to be completely blind and oblivious not to see my reaction to her every damn time she walks into a room.”

Violet frowned. “Then there is something else going on here, because I’m not stupid and have seen the way you both look at each other. Hell, there has been more than one occasion I’ve had to go find my mates for a little somethin’ somethin’ in the afternoon from the sexual tension the two of you give off, if you know what I mean. And if you don’t, I mean in the sexual kinda way.”

Kieran groaned, closing his eyes for a moment. “God damn it, Violet, there’s a visual I just did not need in my day.”

“Then what the hell is the problem?”

Kieran sighed, an ache forming in his chest. “She’s not my mate.” Violet’s eyes widened in surprise. “When a shifter finds the one the Fates have destined for them, they experience a physical reaction. Their scent draws them like nothing else, and their entire being shakes with the knowledge that they have found their mate. It is rare for a shifter who is an only child to find their mate, but I know I have one. Somewhere out there, she exists. I don’t know how I know that, but I do. But it’s not Josie. Despite wanting her with everything within me, I experienced nothing to indicate she is my mate. Without that, then I run the risk of connecting to her, coming to love her, and maybe, if I am the luckiest son of a bitch on the face of the planet, convincing her to fall in love with me. Then what happens if I meet the woman the fates have destined for me? What then, Violet? Because I am all outta answers. I will end up ripping Josie’s heart out, and probably my own at the same time. I can’t do that. Not to her. She’s lost too much.”

Josie had lost a lot during this damn war. Both her parents had been killed and her sister was missing, presumed a victim of one of Santiago’s human trafficking rings. Kieran had been telling himself since her rescue that he had been taking care of her. That his daily visits were a chance to simply ensure the safety and protection of a woman who had helped him and his pride rid the city of Santiago. But if he were honest with himself, it was because he couldn’t stand for a day to go by without having just a slice of her in his life.

Violet took a deep breath, and Kieran hated the flash of pity that flickered across her expression. “You’re a good man, Kieran Murphy.” Kieran cringed at the words no man ever wanted to hear from a beautiful woman. Sure, she was mated to two of his pride, but the premise remained true. “No, I mean that. My experience with males hasn’t been the best. Other than my Poppa and my mates, there haven’t exactly been a huge number of male role models in my life. But I’m gonna add you to that list, Alpha Kitty. It must be hard to not act on that attraction when you have to know that it is returned.”

Kieran nodded quietly. “You have no idea.” 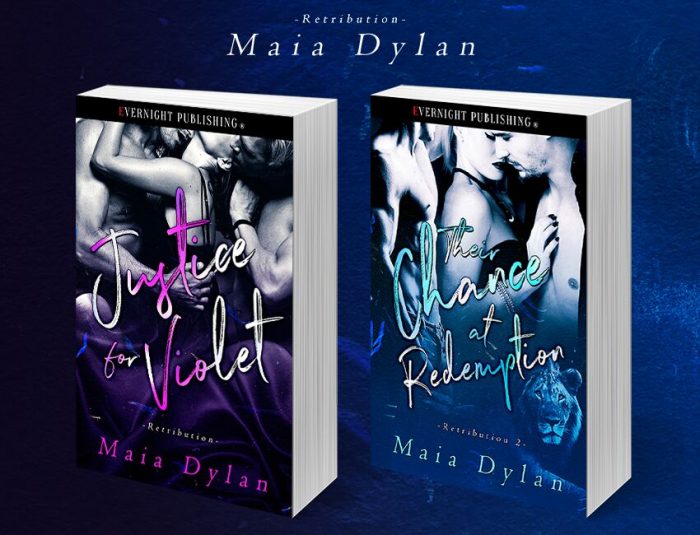